MAKE THE MOST OF THE CHANGES ...

You can guide yourself and others better with the help of Simon Mann, his experience, & training:

WHAT CAN SIMON MANN OFFER YOU?

Download my FREE ' SURVIVAL CHECKLIST' to see how you're doing.

You'll get a personal, uninterrupted, one-to-one video chat with Simon Mann for a 1 hour via Zoom, Skype or similar

For existing customers, you can book a follow up chat with Simon Mann for 30 minutes via Zoom, Skype or similar

Who is Simon Mann? Why talk to him? 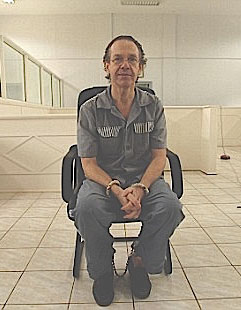 Simon Mann has extensive experience of speaking engagements. Inspirational, after-dinner, and CONFERENCE ‘keynote’ speaking. For a list of some of those please see the BLOGS & LINKS section.

Apart from having received a great quantity of leadership training – informal and formal – good and bad – Simon Mann has been led and has led. His Bosses have been all time greats: Murray de Klee, David Stirling, Michael Rose, Peter de la Billiere, Nicholas Elliott, David Hart, Joao de Matos. Some of the people that have allowed Simon Mann to lead them are at least as great : Scots Guards, SAS, Executive Outcomes, Forças Armadas Angolanas, his men who went into prison with him, his own family even now.

Simon Mann’s experiences are wide and varied, in business and in military activities. He has been many different things way beyond the obvious one’s in his CV. For example, he was a qualified commercial pilot and a computer programmer and systems analyst & designer. He has the ability to teach and to coach and has done both, sometimes in extreme and demanding times and places.

Simon Mann has advised & coached at the highest levels in the UK, Middle East and Africa: about matters of peace and war.

Taking his leadership and coaching skills, along with the rest of his extreme experiences, Simon Mann can be of great help in the vital process of Team Building. This can start with team selection, role and sub-role appointments, to ‘best fit’, and the process of team ‘Form, Storm, Perform’. Nobody knows better than Simon Mann the results that come when a team really fires up to work together.

Download this 'FREE SURVIVAL CHECKLIST' PDF to see how you're doing.

Scroll down Page 6 – which the link takes you straight to – I am at the bottom. Alphabetic order by first names.

This site is operated and owned by is Simon Mann. The purpose of the site is to help people and to do business.
By providing your name and email address, you are granting Simon Mann to contact you for the purposes given on this site. You can opt out and we will remove your data at anytime by completing this form.